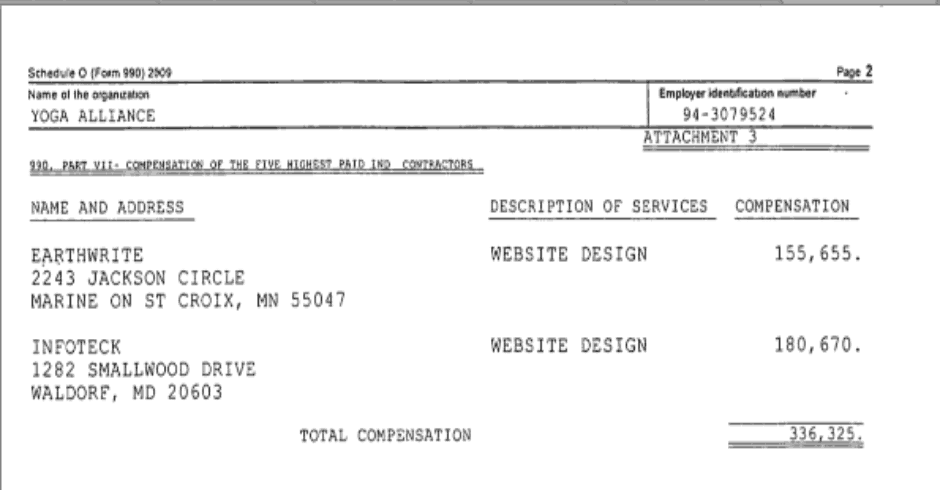 Is Yoga Alliance is Hiding the Truth

Why would Yoga Alliance, the self-professed monolith of yoga teacher credentialing, not want to contribute to local yoga communities during the years of 2009, 2010 and 2011?

What possible reason would Yoga Alliance not donate money to Yoga for New York or the Virginia Yoga Teachers Association, when they were explicitly asked to help?

One of the many reasons could have been that Yoga Alliance see’s credentialing as being an exercise in inevitable futility, or another possible reason could be that they have been embracing the dark and murky time in their history.

During the NY and VA state attempt’s to tax Yoga teachers and Studios, Yoga Alliance was asked by both Alison West and Susan Van Nuys to help them pay for the defense – so the yoga teachers could win against the State Governments.  Did they?  No.  Not just no, but hell no.

In the four recordings, John Matthews (then the president of Yoga Alliance) says that ‘YA has committed to something that will prove very successful for them.”  What I feel he is referring to is Black Hat SEO, or Spamdexing, or Black Hat SEO Techniques.

Yoga Alliance wants to become a mandatory state accredited yoga credentialing for every single yoga studio would have to use.  Yoga Alliance was busy paying $336,325.00 to two different Web companies to build two websites that never actually were built.

Yoga Alliance bought a subscription to ‘Black Hat SEO’ blogging to fix their bad reputation across the web, because their own reactions, and interactions had been so negative.

Yoga Alliance also forces all their employees to sign Non-disclosure agreements that (they think) legally protects them from telling people the truth about their ineffectual credentialing.

From the people I have spoken to and the relationships in yoga I have cultivated, not to mention the emails I get on a daily basis, I have fully accepted the responsibility that goes along with being one of the only people who stood against the entire yoga industry.

Below are from the 2011 Texas Yoga Conference which I was asked not to attend specifically because acting president John Matthews was speaking on behalf of Yoga Alliance, and he specifically requested I not be there.

These are 4 recordings that specifically detail how Yoga Alliance’s “new” roadmap to success would ensure their success.  Take a listen:

Every yoga teacher who joins Yoga Alliance‘s “new” venture for (501c6) YA Plus, understand that you are agreeing to join the organization that gambled against US Yoga, against US Yoga Teachers – because they were consumed by their own appetite for greed and wanted to be crowned the mandatory state-controlled monopoly on yoga credentialing.

Before you align yourselves with Yoga Alliance, realize that the big reason YA changed their tune after Virginia and New York had successfully won their legislative fights is specifically because they knew that they had been caught feeding information to the US government about how “yoga is a vocation.”

Yoga Alliance knew that their credentialing was not legally binding, and was, for all intensive purposes, weightless and worthless; they knew that it served no real legitimate purpose for yoga teachers to buy it, (even though they had been buying it for 15+ years) and that in order to survive they had to start doing what they should have been doing from the beginning. 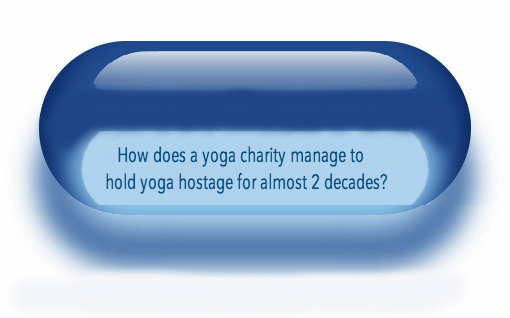 Should We Be Satisfied?

There is still bad blood residing in Yoga Alliance’s organization.

The days of hearing Yoga Alliance rumors and clam baked rhetoric are over.  This is about speaking the truth, not a subjective truth but the truth because all the facts point towards the truth, and the truths say’s they knew all the yoga regulation facts and did nothing.

An omission of the truth is worse than a non-disclosure agreement because that means that every single person at Yoga Alliance was involved, could have done something but chose not to.

This is more about intention than anything, and why more people refuse to see that is truly unfortunate.

The actions Yoga Alliance takes today – the secrets, the lies, the inauthentic intentions – will have a lasting affect on the imminent future of yoga tomorrow.