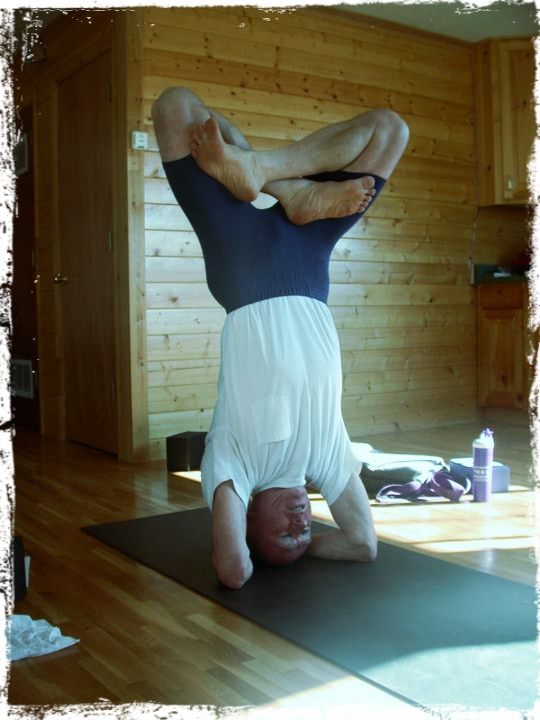 My Former Boss, John B. Abbott

writes about the New York Times

Article “How Yoga Can Wreck Your Body”

As the former publisher of Yoga Journal, John Abbott has been a  catalyst in helping yoga  flourish in a safe, thoughtful and inspiring way.

John Abbott continues to play a pivotal role in expanding Yoga not only in the US, but also around the world.  Today, Yoga Journal is published in Russia, Thailand, Germany, Australia, Japan, Brazil, Italy, and Spain.  He has done yoga almost everyday for 30 years and I am grateful to know him.

John  B. Abbott’s rejoinder to the editors of The New York Times Magazine

on the article: “How Yoga Can Wreck Your Body”:

On Sunday, January 8, you published William J. Broad’s article on “How Yoga Can Wreck Your Body.”

Broad cites the teachings of B. K. S. Iyengar to support his view, a fear inciting condemnation of yoga. He asserts that yoga is inherently dangerous, especially for non-athletic middle aged people. Broad cites numerous examples of individuals who have suffered serious brain damage, including strokes, paralysis, and back problems, from injuries caused by yoga and infers that these types of injuries could result from Iyengar’s instructions that, for example, in cobra pose, the head should arch “as far back as possible”, hyperextending the neck and cervical vertebrae, and in shoulder stand to push the chin deeply into the chest and to have the neck “maximally flexed against the bare floor”, at a 90 degree angle, while extending the body up into a straight vertical line. Broad fails to understand and thus misrepresents Iyengar’s instruction. Mr. Iyengar has personally instructed me in shoulder stand, head stand, and backbends with my head on the floor, all poses claimed by Broad to possibly cause serious brain damage. In shoulder stand Iyengar’s instructions are invariably to place a stack of blankets under my shoulders and to use other props, as necessary, specifically to avoid putting pressure on my neck and cervical vertebrae. The chin is never forcefully pushed deeply into the chest cavity. Rather, the torso is lifted, forming a straight vertical line form the supported shoulder joint, bringing the chest up against the chin while the neck, cervical vertebrae and head remain relaxed and cool. Broad’s failure to understand the difference between the somewhat subtle, but inaccurate instruction to push the chin into the chest and the correct instruction to raise the chest into a vertical line to meet the chin represents the difference between possible injury and receiving maximum therapeutical benefits in doing shoulder stand, and exemplifies his misunderstandings that lead to the inaccuracies that run throughout his article and to his conclusion that most people should not practice yoga.

I am the former owner and now retired publisher of the Yoga Journal Magazine, and I have practiced yoga daily for over 30 years. I have come to know and have taken classes with many of the certified yoga teachers, representing all of the well known schools and styles of yoga, most of whom are high quality people, dedicated and competent to teach yoga safely. Unfortunately, there are also too many poorly trained, unqualified, self certified so called “yoga teachers,” and too many vulnerable, undiscerning yoga students, resulting in too many avoidable injuries. The problem is not the yoga, but rather the incompetent teachers and undiscerning yoga students. My experience is that yoga is extremely beneficial, physically, emotionally and mentally, and potentially life transforming. It is highly suitable for people of all ages, from teenagers to 93 year olds, as exemplified by B. K. S. Iyengar who celebrated his 93rd birthday this past December 14 and continues to practice yoga daily.

I am concerned that Broad’s article will frighten away many people for whom yoga could be a virtual life saver. 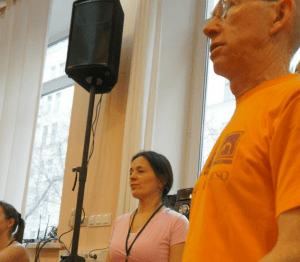 purchased Yoga Journal and its related business assets in November 1998. Mr. Abbott had a 20-year career as a senior investment banker at Citicorp Investment Bank. During that time he served as chief executive officer of Citicorp’s Real Estate Investment Banking division in Paris, France, and as the head of Citicorp’s banking operations in Uruguay and New Zealand, and held positions in New York, London, and San Juan, Puerto Rico. He is a graduate of Columbia University and holds graduate degrees from the University of California, Berkeley, and Stanford University School of Business Administration. He is fluent in Spanish and French.