CHANGE.ORG Petition: Yoganomics believe’s that when churches make such a rash decision, it is doing so out of fear and misinformed intolerance, rather than one of inclusive tolerance. 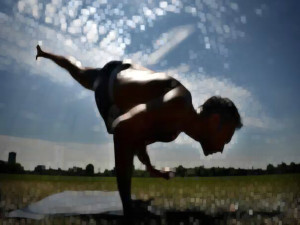 Instructor Naomi Hayama has been told by church leaders at St Michael and All Angels in Bristol that she has to find an alternative venue – even though she has been using the hall for nine years.

Her students have been left angry at the decision, telling the church the twice-weekly evening classes at St Michael’s Hall have no religious content whatsoever.

Ms Hayama, said the decision was made despite church leaders never observing one of her sessions.

In a letter to her, the Parish of Bishopston and St Andrews’ Parochial

“We are aware that yoga can be practiced as either an exercise class or as a spiritual discipline and anywhere in between, however we understand that its roots lie in thinking that it is not compatible with the Christian faith and the Christian faith has not appropriated yoga,” the letter stated.

As a interested yoga teacher or person who practices, consider if yoga was not available, or worse, was not allowed due to restrictions based on a church or by a non-profit.